Our lives are being increasingly digitized. It all started with the popularization of professional computers in the 1970s, which had a significant impact in modernizing business processes in the companies that could afford them. Then, not many years later, personal home computers became a must-have. Finally, the Internet came along and quickly found its way into our lives, redefining the way things got done on a larger scale. When social media arrived, it quickly became a virtual replacement for physical spaces, redesigning interpersonal interaction. For many years now, cryptocurrencies have been disrupting the financial landscape, despite all the debate between skeptics and adopters. It’s time for the next big trend: digital real estate.

The concept is as simple as the name suggests. It’s real estate, but digital. It does not exist in the real world. Instead, it’s located in a virtual reality. Much like the dot-com boom in the early 2000s or the bullish tech stocks in the last decade, digital real estate is already catching the eyes of savvy investors, who are pouring crazy money into this new market, betting it’s the next big thing. So, is it just a bubble, or will we all be regretting in 10 years for not having gotten in on it?

Before diving into the possibilities, we have to acknowledge the fact that this is not a brand new idea. Virtual reality has been around for a while now, and attempts have already been made in the past to create similar interactive experiences. If you’ve been around long enough, you may remember Second Life, which, much like today’s Metaverse, allowed users to create avatars and navigate through a digital 3D world and interact with places, objects, and other people. However, even though Second Life made a significant impact in its time, it never really took off as a mainstream form of social interaction – at least, not on a global scale. If the world wasn’t ready for it in the past, and whether it is now, is a question for debate.

So, why are so many people flocking to this make-believe community? As with all fads, there might be a fair component of FOMO there – or fear of missing out. Not knowing whether this is the decisive factor that will make many rich in a few years, some just join in on the cluster effect. If you do a quick search, you will find numerous reports on investors spending hundreds of thousands of dollars, if not millions, in digital real estate – as well as many companies trying to lure you into the market.

A fact that adds more fuel to the hype is that many companies – large companies – are acquiring lots and lots of digital land. For many, their goal is to recreate a virtualized counterpart for the real-life shopping experience. So, instead of going to the 5th Avenue, or Beverly Hills, just snap on your VR glasses, and you’re on! The possibilities are endless, and many are giving it a lot of attention of significance. Even learning institutions, for example, can recreate their campus in this digital reality and take online learning to a whole new level!

How does it work?

Digital real estate investing is, at least for now, reliant on non-fungible tokens (NFTs) attached to virtual plots of land. In case you’re not familiar, NFTs are cryptographic tokens that can be attached to anything that can be commercialized, such as music, works of art, or any other type of asset. When a piece of digital real estate is purchased, the buyer receives a digital code, which is part of the blockchain and proves that you own that property. This code is equivalent to a deed one would receive after buying a real-life property.

To start investing, you would have to browse the many available possibilities. Unfortunately, there isn’t one “official” digital world, so many companies are in the process of developing their own. A quick search online will bring you an array of platforms currently offering virtual real estate. Be advised, though: These are very speculative waters, so navigate carefully!

Are there any other opportunities?

Digital real estate doesn’t only bring opportunities for investors. Qualified professionals are required to create the digital buildings, stores, houses, amusement parks, products, things and everything else that lives in that world. So, who are these people? Game programmers and 3D designers are top-of-mind, but also sound designers and musicians, for example, as companies want to create a complete VR experience. If this thing takes off, there is a brand new world for these professionals to thrive in.

Is it just a fad, or is it here to stay? Nobody can say for sure, even though there are good arguments to be made for both success and failure. However, there is a bit of a deja vu to all this. When the Internet was first launched, many skeptics and experts said it was just a temporary craze that would soon go away. To this day, many believe Bitcoin is some sort of bubble on the verge of bursting. Specialists can be wrong, and fools can be right. Only one side will prevail, and only time will tell which one it is. 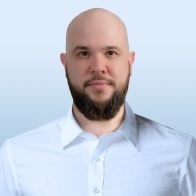